Turner's Group (so named in this wiki) was a gang of spree killers and thrill killers who appeared in the Season Five episode of Criminal Minds, "Hopeless".

Not much specific information about any of the group's members has been revealed; their first names aren't even specified other than the first letters. At some point prior to September 2009, they all got jobs as construction sub-contractors and shared the same address. On September 3, 2009, they began committing acts of vandalism on symbols of wealth such as luxury cars and high-end boutiques. When they vandalized a townhouse on October 1, 2009, they killed their contractor, James Morris, who apparently caught them in the act, and hid his body inside the nursery, building a structural wall around the body. Aroused by their murder of Morris, they later attacked two couples in a house twelve days later, videotaping the attack for future amusement. At which point, the BAU was called in.

The group is first seen watching the video of their latest murders, taking pleasure as they view it, and even repeating the recorded dialogue to themselves. Later, they are seen constructing a house before Turner insults their new contractor's client, for which he is scolded and forced to apologize to the woman. Angered by the incident, Turner leads the group to a parking lot the following night, where they attack Jessica Miller, a waitress coming out of her workplace, and Doug Taylor, her boyfriend, beating them to so badly their bodies are barely recognizable. The next night, a riot occurs in DuPont Circle, far away from the group's operating area. Though the group isn't involved in the riot in any way, they become aroused by the view of it in a newspaper and leave the construction area in a rush. They decide to commit the next murder at a bar, killing the bartender and one other barfly. The BAU notice that the bartender's hands were nailed to the bar counter, but since the nails haven't been slammed in, they figure the unsubs use a nail-gun, which a job at a construction site would give them access to.

Figuring that the escalation from vandalism to mass murder happened a bit too fast, the BAU go to the townhouse and discover Morris' body inside the wall. Narrowing down the list of potential suspects by counting the skills required to construct a wall like that, they find Turner, Vincent, and Baker responsible. Heading to their apartment, they find Baker alone, the other two having been outside for an unknown reason before spotting the officers and driving away. Hotch finds the videotape of the couples' murders and Baker replies that there's more. When Morgan asks him why they kept killing, Baker simply replies that it was fun. Turner and Vincent are shortly tracked down to an empty building next to the house they were constructing. Surrounded by the local authorities and with no way out, the two ready themselves and commit suicide by cop by pretending to hold household appliances as if they are guns and rushing out. Hotch, Rossi, and Prentiss walk away as the officers fire their guns, while Morgan watches as Turner and Vincent are shot dead. Baker is last seen being put in a prison cell while Reid, JJ, and several policemen watch.

It is later mentioned in "The Eyes Have It" that Baker went to trial for the killings, being found guilty afterwards. 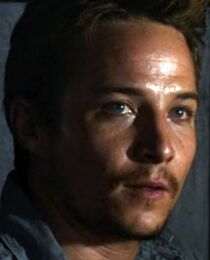 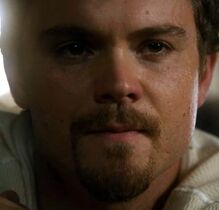 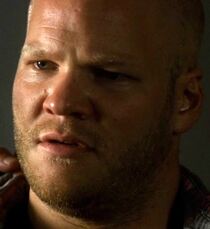 The group usually attacked their victims using blunt iron objects, like crowbars and steel rods, or simply their fists. They would brutalize the victims violently, all the while torturing them psychologically and videotaping the attacks. During the bar killings, they also nailed the hands of a bartender to a desk counter using a nail-gun. After killing their contractor James Morris, they put his body inside the wall of a townhouse they vandalized, making him the only victim whose body was hidden.

The group's members are three males between the ages of 25 and 45 who are physically fit and share a pack mentality. They all also would come from troubled backgrounds including broken homes, youth detention centers, and would have bonded through their anger. They are completely disenfranchised, feel like they have nothing to live for, and would look for anyone or anything else to blame. Despite the anger brought on by the recession, they would go unnoticed and do not appear to be out of place. They plan to create a confrontation and will take any excuse for violence that they can get. They also think of themselves as a form of gangsters, in which the laws of society do not apply to them, and in which they equate violence with power and respect, as well as self-respect. The crimes are not robberies and none of the female victims were sexually assaulted, the murders are about pure violence simply for the fun of it. It is certain that they have some connection to southeast D.C. They would be obsessed with the media coverage of their murders, looking for any way to relive it. As a result, they may also revisit the previous crime scenes.

Turner's Group shares some similarities to the Dnepropetrovsk Maniacs - Both groups consisted of three members, whom all (except Hanzha, who was aware of the group's activities, yet never participated) were spree and thrill killers, recorded some of their murders, killed their victims by savagely bludgeoning them with steel rods and other blunt objects (sometimes even up to the point where their victims were left unrecognizable), and tortured them while doing so (the Group tortured one victim by nailing his hands to a desk and psychologically tortured their other victims, while the Maniacs sometimes mutilated theirs and gouged out their eyes).