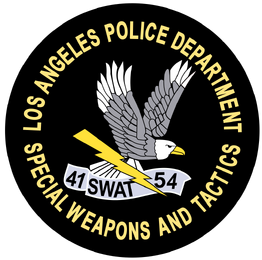 The first SWAT team was established in the Los Angeles Police Department in the 1960s. Since then, many American police departments, especially in major cities and at the federal and state-levels of government, have established their own elite units under various names; these units, despite their official name, are referred to collectively as SWAT units in colloquial usage.

The SWAT team had appeared in several episodes of Criminal Minds, including the following: