The SIG Sauer P229 DAK (Double Action Kellerman) is a pistol made by SIG Sauer.

The P229 was introduced as a compact version of the SIG Sauer P226 that could fire the higher-velocity .357 SIG and .40 S&W rounds, unlike its predecessor the P228, which had a lighter cast slide that must be manually modified in order for it to withstand those rounds. In contrast, the P229 used a heavier steel slide that could withstand those rounds and not damage the pistol in the process. The .40 S&W version of the pistol is used by the U.S. Department of Homeland Security and the U.S. Coast Guard, and the .357 SIG version is used by the U.S. Secret Service. Both versions are also commonly used by police departments all across the U.S. 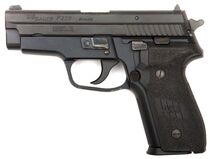 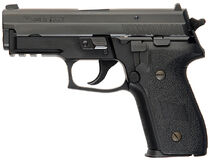 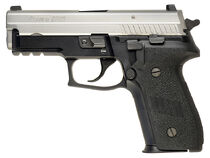 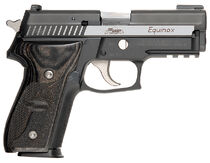 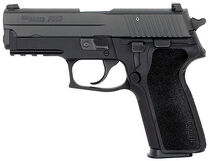 P229R with E2 grips. This is the current production model for the P229. 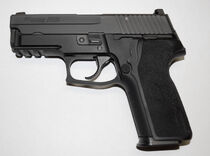 P229R DAK (Double-Action Kellermann) - Note the recessed hammer and lack of a de-cocker present on the standard P229R. 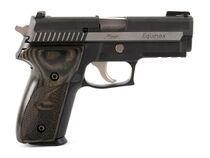 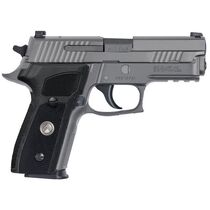 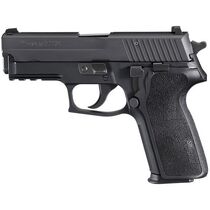 Blake clears a room with her P229R at the ready in "Pay It Forward".

Blake draws her P229R in "The Inspired".

A production image of Sam Cooper with his P229.