Reginald Clemmons was a delusional abductor and possible arsonist who abducted the Henson Twins in 1983 and brainwashed them into becoming his companions. He was mentioned in passing in the Season Twelve episode of Criminal Minds, "Elliott's Pond".

Born on November 12, 1934, Clemmons was mentally ill, emotionally unstable, and upheld a wide variety of delusions. These delusions included believing in extraterrestrial beings, conspiracy theories, and the end of the world. He had been charged with assault with a deadly weapon and abduction of a minor; his defense for the latter was that he was lonely and needed a companion. When he started committing self-mutilation, Clemmons was institutionalized at a local asylum. He was later released in 1982, after which the place was burned down, triggering a massive escape of several residents; it was never known if Clemmons started the fire. He then fell off the grid and lived in isolation at an abandoned house. In 1983, the following year, he abducted twins John and Allie Henson, who were wandering through a cornfield near his property. Clemmons held them captive for decades and brainwashed them with his ideology, convincing them to become his companions. Though it was never elaborated on, it can be presumed that he died at some point prior to the events of the episode (most likely from natural causes), prompting the Henson twins to seek out new companions.

Because the episode was mostly focused on the Henson twins, there are no specific details on how Clemmons abducted them. It is believed that he came across them when they encountered one of his traps, and chose to abduct them and make them his companions. He held them captive in his house, barring them from leaving most of the time, if ever. During the twins' period of captivity, Clemmons brainwashed them with his beliefs, and was able to win them over easily due to their unhappy home life.

No profile of Clemmons was made by the BAU, who were more focused on the Henson twins. 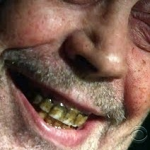