The New York Terrorist Cell (so named in this wiki, unnamed in reality) was a terrorist organization that appeared in Seasons Three and Four on Criminal Minds.

Not much specific detail is given about the cell's past, not even who first founded it, when, and where, and not even a possible name. What is known about it is that it intends to kill a hospitalized government official (whose name is never revealed) through a complex plan, for reasons undetermined. The first phase of the plan was to have members of the cell posing as a single serial shooter who kills people in highly public places with a virtually unnoticeable .22 pistol. After four people are killed as part of this first phase, the murders are connected and SSA Kate Joyner, an old acquaintance of Hotch's, is called in to aid the local police. However, after a fifth person is killed by the shooters, it is clear that more help is needed and this leads to the summoning of Hotch's BAU team.

A civilian is seen walking on the sidewalk, bumping into a woman and apologizing to her quickly before purchasing a pretzel from a vendor. He then attempts to hail a taxi; as he does so, another man wearing a dark-colored sweater with a drawn hood walks up behind him, pulls out a gun, and shoots the man in the back of the head. Before fleeing, the shooter leaves behind a card with the word 'Death' printed on it, which ends up being a tarot card. The BAU theorize that the card symbolizes a message left by the unsub. Meanwhile, Garcia, who went along with the rest of the team, runs a height check on the fifth and sixth shooters and finds that they are different in height, leading the BAU to believe that they are looking for a two-person killing team. When a woman is murdered by a shooter that proves to have a height different from the previous two shooters, however, the BAU believes that they are dealing with a pack of killers. They also theorize that the pack is planning something big, and realize that they might be timing the police's response times in order to perform a suicide bombing on the same locations, killing many police officers, then perform a second suicide bombing to kill the first wave of emergency responders.

The BAU decide to patrol the streets while Garcia surveys the security cameras. When a shooter murders a woman, Garcia gets him under her sights and alerts Prentiss and the detective accompanying her, Cooper, that he is heading their way.

The two spots the shooter, who flees; after a lengthy chase, the shooter runs into an alleyway and shoots Cooper in the chest, then aims his gun at Prentiss, who fires her own gun. Having survived his gunshot wound, Cooper is taken to the hospital, while Prentiss recalls how the shooter looked calm when he aimed his gun at her, leading Morgan to believe that it was suicide by cop. Meanwhile, after presumably realizing that the latest shooter has a height different from the three other shooters, Rossi realizes that they may be dealing with a terrorist cell. The following night, the team members head to separate hotels for the night in identical black government SUVs. One of the aforementioned SUVs suddenly blows up.

It is revealed that the SUV that blew up belonged to Hotch and Joyner. A dazed and injured Hotch recovers from unconsciousness and is approached by a bystander, Sam, who asks if he is okay. Hotch doesn't respond, and instead remembers that Joyner was with him when the SUV blew up. Hotch immediately finds Joyner, bloodied and heavily wounded, but alive. Police cars and ambulances suddenly arrive, but they strangely keep their distance, preventing any help to Joyner. Hotch remembers that the BAU stated the first wave of responding police officers and paramedics are possibly being targeted for a suicide bombing. Sam panics at the scene's current progression. Morgan, having discerned Hotch and Joyner as the owners of the destroyed SUV, arrives at the scene, only to be denied access by policemen. However, he manages to gain entry into the scene and helps Hotch and Sam give aid to Joyner. Meanwhile, Garcia surveys the security camera that recorded the SUV explosion, and realizes that Sam is the one who planted the bomb under the SUV. She calls Morgan and informs him of her discovery, causing Morgan to pursue Sam, who flees. The chase is concluded at a subway tunnel, where Sam commits suicide by electrocuting himself on the train tracks.

Meanwhile, a paramedic manages to drive through the barricade with an ambulance and takes Hotch and Joyner to a nearby hospital, which had been closed by Secret Service agents as the government official the cell is targeting is in surgery there. Because of the severity of Kate's injuries, however, Hotch is able to convince them to let the ambulance in. The rest of the BAU arrive at the hospital, where they realize that the cell is commencing to the second phase of its plan: kill the government official. The BAU identify the paramedic that takes Hotch and Joyner to the hospital as the one given the responsibility to detonate the hospital bomb, and Morgan steals the bomb intended to be detonated and flees inside the paramedic's ambulance. The paramedic, distraught at his failure, decides to kill Morgan with the bomb, but Morgan jumps out of the ambulance after taking it to an empty area. The ambulance explodes without injuring anyone, and the paramedic commits suicide. Unfortunately, Joyner dies from her wounds. The status of the cell afterwards is unknown, though it can be assumed that the remaining members were all tracked down and arrested, since the cell did not commit any attacks following the failed bombing.

The unsubs were initially profiled as an organized serial-killing team whose murders aren't personal, and whose members aren't motivated by sex or greed. While the murders may seem random, there is an underlying motive to them, and it is believed that they have studied many criminal cases, such as John Allen Muhammad and Lee Boyd Malvo, a.k.a. "The D.C. Snipers", since they left a tarot card at their most recent crime scene, which opens up a line of communication. If the killers are aware that the FBI is investigating them, it means that at least one of the members has some intelligence. They have also studied the placement of the surveillance systems in Manhattan well enough to avoid detection. Most teams have a dominant member and a submissive member, and because of the relative intelligence of the unsubs and the fact they stick to a set time pattern, it is believed at least one of them holds a steady job, possibly even owning a business that would open and close around the time of each shooting. The team may also be a gang who wants new members to kill as a form of initiation.

Later on in the investigation, it was realized that the unsubs are actually a terrorist cell based on the fact that its members are disciplined, use counter-surveillance, communicated with the FBI only, have their own hierarchy, and know that they are being watched by the authorities. They are executing a practice run of shooting multiple people in set time patterns before commencing with their real plan; if a shooter is caught, the police would just believe they only have a serial killer (since the random shootings are more on par with the M.O. of a serial killer like David Berkowitz than a traditional terrorist cell), which keeps the cell as a whole from being compromised. Having followers commit the shootings would ensure they are willing to kill or be killed for the cause. It is similar to a gang initiation, especially since if the members are homegrown terrorists, they haven't had a chance to prove themselves. They may be targeting points of entry to ensure that emergency response would shut down any ability to get in or out of the city, as all of the murders occurred near bridges and tunnels.

Initially, the cell would send out a member dressed in a dark-colored sweater with a drawn-hood (so their faces wouldn't be seen by surveillance cameras) and armed with a .22-caliber Beretta 950 Jetfire (which is small enough to be virtually unnoticeable at first, even if drawn in broad daylight). The member would travel around in a different neighborhood in New York, near a bridge or a tunnel, in the middle of the day, eventually picking which person he or she should kill (always someone who was isolated from other people) before shooting them in the back of the head execution-style. In the case of their sixth victim, the shooter left a "Death" tarot card at the crime scene as a way of telling the BAU that they knew their murders were being investigated by them. Later, the cell would attempt to use bombs that were planted in vehicles to kill their victims.﻿ The shootings initially occurred in an average of every two days, but as the cell reached closer to their plan, the cooling-off period decreased and their actions accelerated.

The cell may have been inspired by the Death Angels - Both were teams of terrorists (homegrown in the case of the Angels) who selected random victims (though race was a variable in the Angels' case, while the Cell killed indiscriminately), shot them with small Beretta pistols at close range, and fled on foot.

The cell's shooters are similar to John Allen Muhammad and Lee Boyd Malvo, in the sense that both were random shooters, were known to profess Islamists beliefs, and left at least one tarot card at a murder scene. Both cases also terrorized the community in which the latters' crimes took place. The only difference between them is that while Muhammad and Malvo were a duo, and killed people from a distance, the cell's shooters were more individuals, and used to target their victims at close range.

The Cell's shooters are also similar to David Berkowitz (who they were compared to in the episode) - Both killed random victims in public places using small hand-held guns. 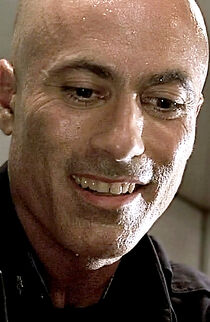 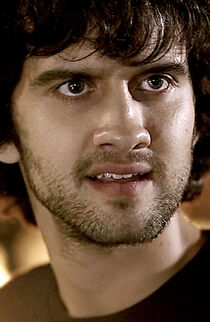 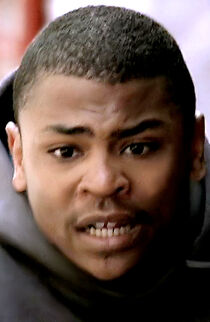 Retrieved from "https://criminalminds.fandom.com/wiki/New_York_Terrorist_Cell?oldid=178046"
Community content is available under CC-BY-SA unless otherwise noted.