The FBI’s Innocent Images Unit (also known as the Innocent Images National Initiative or the IINI) is a special branch of the United States Federal Bureau of Investigation that targets individuals and organizations that use the internet for the sexual exploitation of children. The unit, centered in Calverton, Maryland, also works closely with the National Center for Missing and Exploited Children. 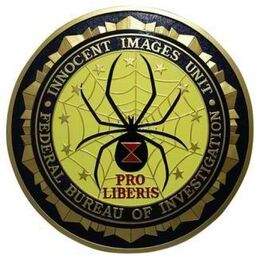 The Innocent Images Unit serves as an investigative force for addressing major cases such as the sexual exploitation of children through pornographic websites. Its responsibilities include developing and publishing policies, managing program funds, certifying undercover operations, and the training of FBI employees.

The BAU has worked closely with the Innocent Images Unit on several cases involving the abduction and exploitation of children. Elle Greenaway served as a liaison between the BAU and the IINI.