What's on your mind?

Hey I can’t edit the article but I think Dale Schrader would be classified as a revenge killer because he shot and killed Dan Otey for ratting him out. Whoever has control over his article please add that.

In it Morgan and Emily are in a car together and they see the unsub and Morgan shoots at the unsub without warning emily and Emily shouts “you blew out my eardrum!” Lol

Does anyone know where Derek lives now, in one of the episodes that he comes to visit after he leaves the BAU he says that he’s going to catch a later flight back home?

It’s the one where the unsub is a girl and she frames her dad for the murder of her family, at the end jj takes her home and figures out she’s the unsub while in her house and the daughter points a gun at her PLS HELP THANK U

Happy Pride Month! This month, Fandom is recognizing LGBTQIA+ representation in media including characters and storylines, LGBTQIA+ cast and crew who create the content we enjoy, and LGBTQIA+ members of our wiki communities.

Check out how Fandom is celebrating Pride Month in this blog post.

Fandom is hosting a series of roundtable discussions for Pride Month on Discord, and community members are invited. We'd love if you'd join in to discuss these topics with us!

Roundtable about LGBTQIA+ Icons and Activists

Hope to see you there! 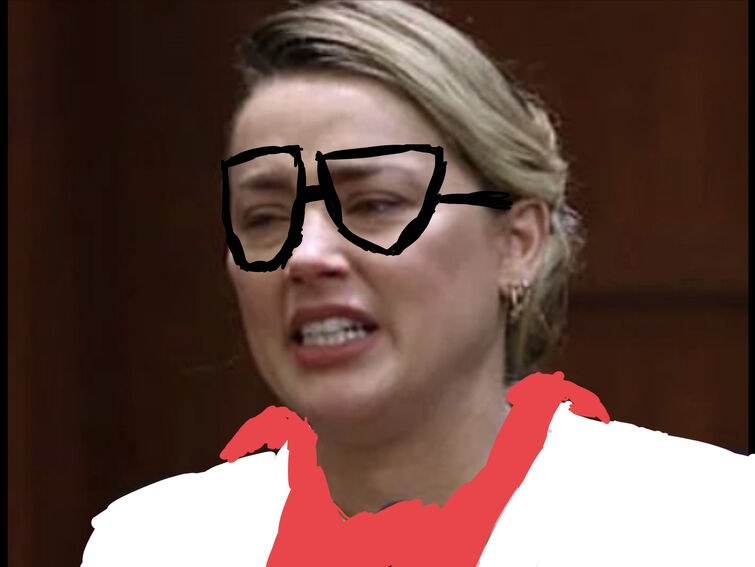 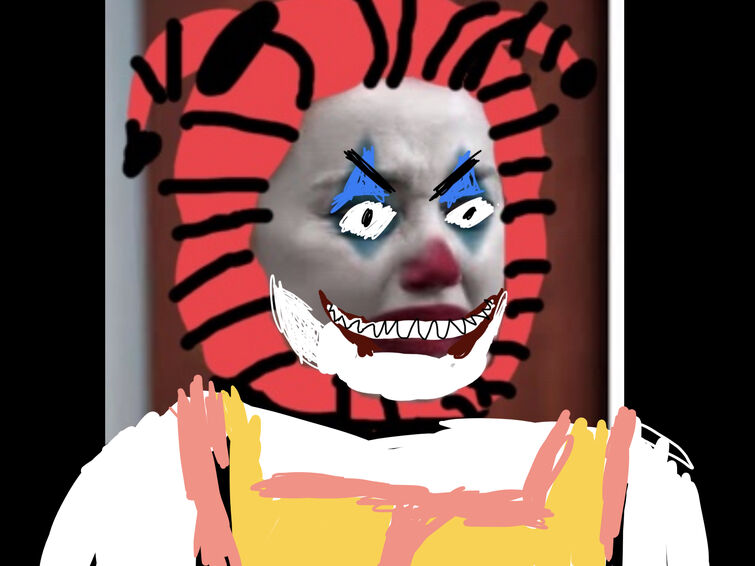 I was thinking of a new category for killers, Filicide Killers, killers who kill their own children. The killers I remember are…

Found while watching a clip of the show on YouTube (I think the hacker they were trying to stop said that the GUI was mind blowing). Noticed that the fake code on the left side of this still mentions QEMU which is a program that let's you emulate a Windows era PC on your desktop in a contained way.

I'd like to know what other parts of the code is from since I always like looking at the text on these hacking sequences in shows and movies despite them most times being nonsense eye candy to convey the point that they are hacking/doing an advanced thing on a computer.

It's also worth mentioning that these fake operating systems often like to combine aspects of other real life systems (mostly Windows and Mac OS assets with a little bit of Unix at parts). Like the next shot that is on the screen after this shows some Windows XP icons on the lower right corner once it pans down there with even a window label to the left of the icons as

"Play Control" which in XP was for the volume of the speakers. 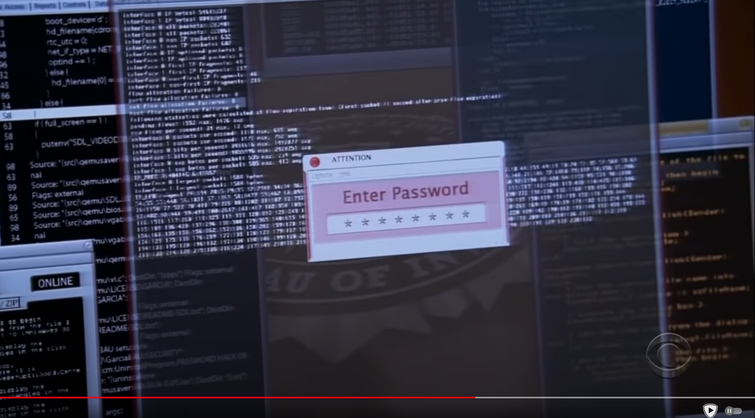 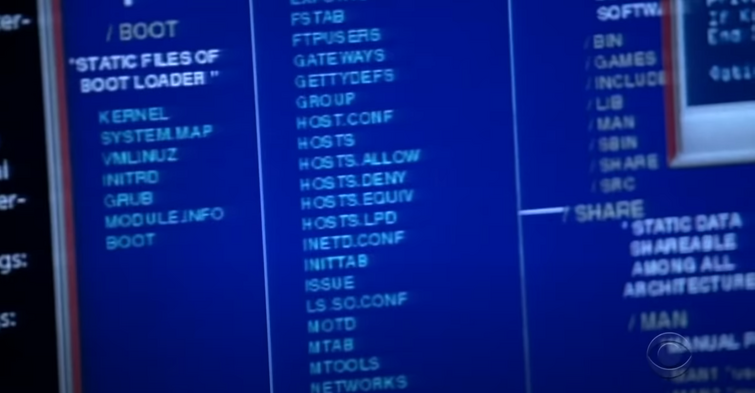 Lastly I caught this funny thing. The text under the section that says "Boot Loader" has a line of text that says "VMLINUZ". I wonder if they replaced the last letter of Linux with a z in order to not get into legal trouble?

Hey, big fan of the show, I managed to watch the few final seasons with my parents when I was younger and I'm finally binge watching the entire show on Disney+, I'm getting to see how the characters all interact and meet for the first time, Gideon threw me for a complete loop since I didn't even know he existed! It also still confuses me to this day that Morgan and Garcia were never truly an item.

Anyway I have an important question and who better to ask than the superfans themselves! Was there ever an episode where a young girl killed her dad, fed him her mother's ashes then chopped up his body and threw him in the trash? I have a vague memory of my parents watching a crime show with that episode when I was in elementary school and I can't remember if it was Prentiss, JJ or some other female member of the BAU questioning her, I'm not even sure if it was Criminal minds so I just wanna know so I'm mentally prepared to see that episode again if it is part of the series

Is anyone else having problems where it doesn't show a lot of the characters pictures like it used to? It's been like this for me for a while and I first thought it was something with just me but idk now because I feel like it should've fixed itself by now but it hasn't. Please tell me y'all are experiencing this too😭

Hey again everyone! Here's another roundup of recent announcements and events from Fandom.

Interactive Maps are now available on all wikis! Are there any maps that the wiki could make interactive? Wiki admin (and members with a special role) can create new maps and edit existing ones in Special:AllMaps. Read all about it in this staff blog post: Interactive Maps are here!

In case you missed it, March was Women's History Month, and Fandom ended the month with a video to celebrate women breaking the bias. Watch it here! Fandom Staff and Community Members Break the Bias

As announced previously, wikis are still being upgraded to MediaWiki 1.37.

Trivia quizzes are still going up for logged-out visitors. If you'd like to create a quiz to add to the wiki, let me know!

Reid and Hotch are back on speaking terms but they're still giving each other a death stare every so often. If you want updates on some random stuff Prentiss, Reid, and Hotch do either while fronting or in headspace just ask. I have a lot of stories. 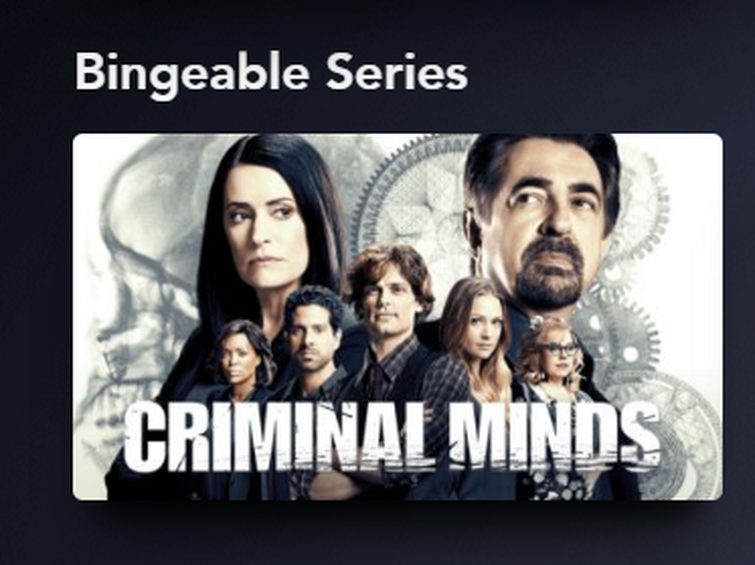 Yall know the episode where a man is stabbed like 100 times or smt and then a woman takes the blame for it but it turns out it was her son. And Reid didn’t realize because he was biased against the kid and when he realizes he goes on this long ass monologue about how he understands how it feels blah blah blah. anyway i can’t find it so i wanted to know if any of you know what i’m talking about or if i’m going insane

Despite this wiki seeming kind of slow, I couldn't help but post something.

I love criminal minds sm, my favorite person is definitely not obvious. 😅

I'm a diagnosed traumagentic DID system with 3 criminal minds alters, Spencer Reid, Emily Prentiss, and Aaron Hotchner. Hotch and Reid keep arguing and Prentiss has tried to stop it before but Hotch keeps starting fights on accident. They never get physical but they're currently refusing to speak to one another and one of my gatekeepers had said that they need to get along since a lot of my mental health has been going down. They need a protecter(Hotch) and a caregiver(Reid) to be fronting with me more often yet they refuse to front together. I want to see if anyone has any advice on how we can get them to talk and make up, Or atleast get on terms to front with each other. If any of you have any idea on how to get these two shit heads to cooperate please reply!

I’m looking for an episode where the son was rejected from army branches because of the father’s letters and than the unsub goes on a revenge killing against him. Please help.